The Queens Award for Voluntary Service 2019

We are delighted to announce that we have been awarded the Queen's Award for Voluntary Service, which is the highest award a voluntary group can receive in the UK and recognises the outstanding contributions made to local communities by groups of volunteers; it has an equivalent status for voluntary groups as the MBE has for individuals.

Representatives of MPHT Trustees Simon Stirling & Jill Howes attended a garden party at Buckingham Palace along with other winners of the prestigious award.

This award celebrates the huge dedication of volunteers over the years from the initial hard work campaigning and setting up the Trust through to raising funds to acquire the community assets and finally continuing support for running the halls, events , projects and education programme all of which would not have been possible without the community and volunteers!

On Sunday 20th October 2019 MPHT attended the official ceremony at the Birmingham Hippodrome to receive a certificate signed by The Queen and an exclusive commemorative crystal, presented by Her Majesty's Lord Lieutenant of the West Midlands, Mr John Crabtree MBE at this special ceremony arranged by the Lieutenancy.

This was followed by a celebratory event back at Moor Pool Hall combined with the annual volunteer party.

Thank you to all the volunteers and community for their support!

Further details and a full list of the winners of this prestigious award.
Watch the video of MPHT receiving the Queen's Award for Voluntary Service here 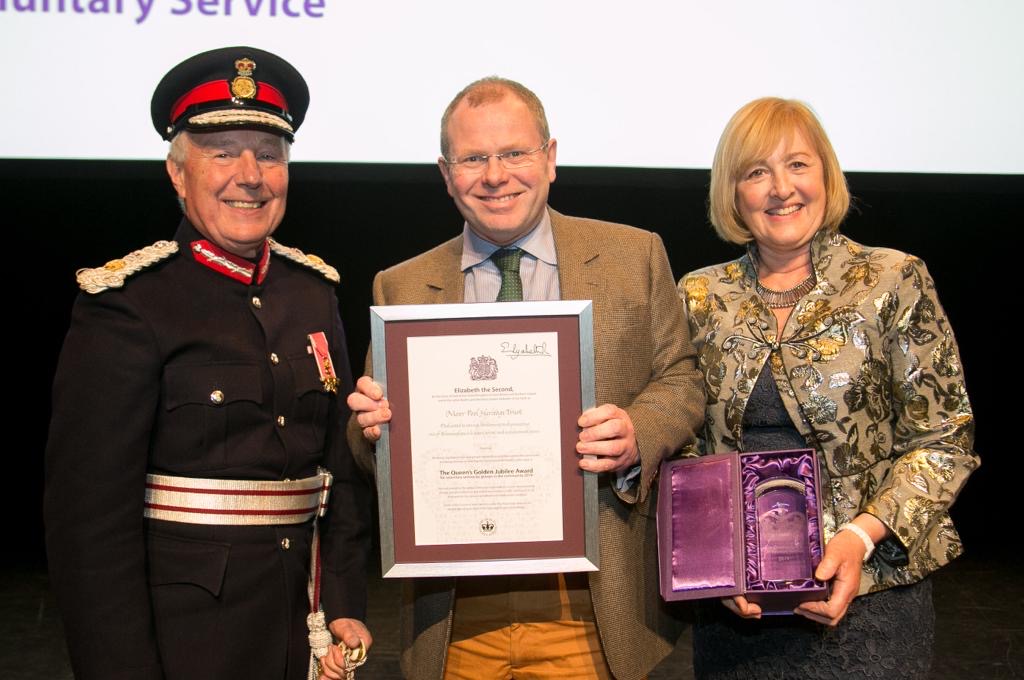 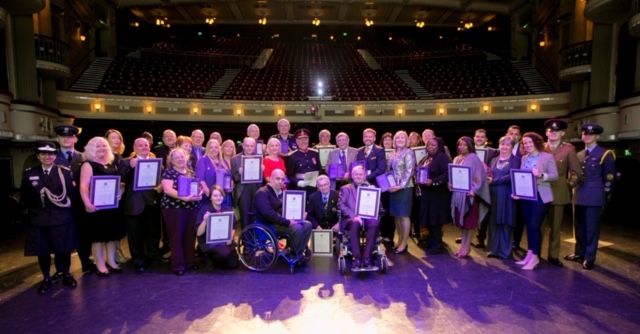 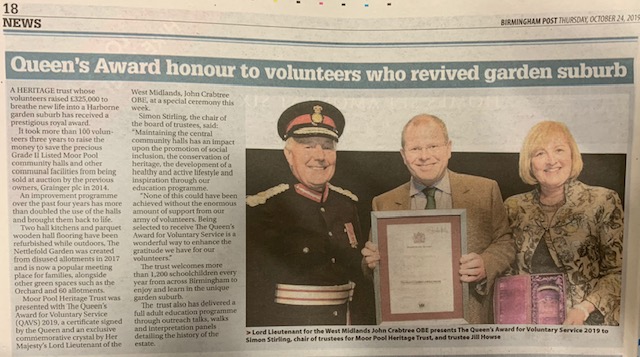